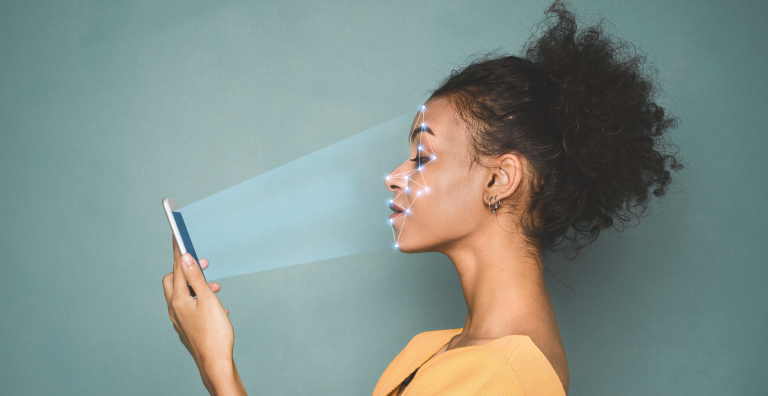 Facial recognition for Identity and Access Management (IAM) is hot, hot, hot! Governments and corporations are committing huge resources, and experts predict that this market will be worth $7.0 billion by 2024. Why? It’s highly accurate, easy to deploy and implement, frictionless for the user and provides fast results.

Whether facial recognition technology (FRT) is being used to identify a person in a crowd or authenticate a user for network access, the basic process is always the same. First, a digital template of a face is created from a live image by measuring specific characteristics such as distance between eyes and width of the nose. This is stored in a database.

For identification or authentication, the first task is to simply detect a face from a live photo or video. Second, adjustments are made for lighting, position and other variables. Third, algorithms mathematically extract the same measurements used to create the template. Finally, the program seeks to match or verify the face against images in the database.

Common sense would say it’s hard to fake your face, but FRT systems can be fooled using a 3D-printed face mask or even extreme makeup. For example, computer vision (CV) dazzle is a strategy to attempt to deceive FRT by using makeup and complex patterns of hairstyles that cover parts of the face all to create unrecognizable computer images. It can also be a challenge for FRT to adjust to the effects of aging, darker skin tones or poor lighting conditions. It is also important to recognize non-technical issues like the legal arguments against the technology invading privacy and consent while others call for increased regulations and greater oversight. Additionally, some people just feel it’s creepy and ominous.

Despite obstacles, the FRT market is skyrocketing, driven by adoption in nearly all sectors of industry and government. Just a sampling: investment from US federal, state and local law enforcement is expected to soar from $136.9 million in 2018 to $375 million by 2025. Healthcare organizations are increasingly using FRT to identify staff and patients, accurately track patient use of medication and support pain management. Retailers are using the technology to identify known shoplifters and analyze customer buying patterns. Airports are swapping out boarding passes for facial biometrics. And the list goes on.

Most FRT advances are combined with improvements in HD camera functionality and other emerging technologies:

FRT is racing ahead and changing the landscape of IAM, making it a more viable option. If you enjoyed this article, read this blog where we talk about passive liveness testing using facial biometrics as part of digital onboarding for banks. And don’t forget to subscribe to HID’s IAM blog.