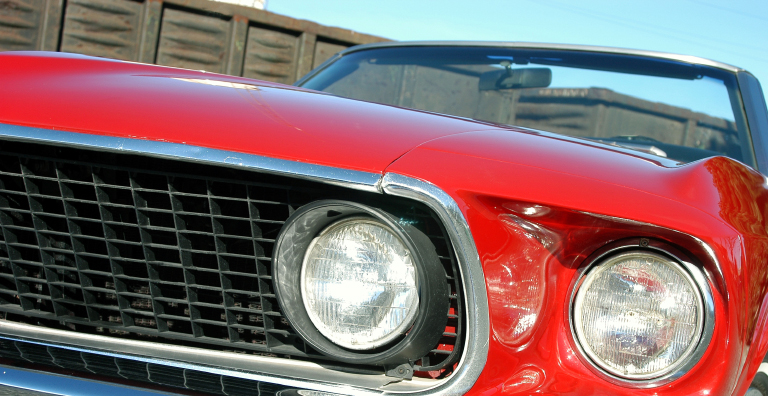 In 1969, Diane Maxwell was a 25-year-old single mother with a 4-year-old son. She worked in Houston, Texas as a telephone operator at the Southwestern Bell Company. One Sunday, she arrived for her shift shortly before 1 PM and parked her red Ford Mustang in the company parking lot, but she never arrived at the office.

Around 1:30, a homeless man named Willie Bell saw a young black male with an afro (what would be the only description) exit from an old shack that was near the lot where Ms. Maxwell had parked.  Because the man was acting suspiciously, Bell decided to investigate the shack. Bell was shocked to discover a woman with her arms tied behind her back. She asked him to help her, but he refused, perhaps worrying that he would be implicated and ran off to call the police instead.

Unfortunately, by the time the police arrived, the woman, later confirmed to be Ms. Diane Maxwell, had died from a stab wound just above her navel. While the wound was only an inch long, her autopsy revealed that an artery had been severed which then caused her to bleed to death.

The shack was used as a storage shed for a nearby gas station. Inside, investigators found a rumpled pink blanket and a man’s grey suit coat among service manuals and old oil cans. Diane’s purse was there but her money and car keys had been taken. Nine hours later, police found her car about a mile away.

The next day, the Mustang was dusted for prints. They found several fingerprints as well as a right palm print that was believed to be left by the killer when pushing the door closed. In 1969, fingerprint matching was still done manually, and Houston had 500,000 records on file, so investigators were unable to do a thorough search. If they had been able to, they would have immediately identified the murderer as he had recently been released from prison. The prints were matched against every newly arrested person and every lead was followed, but the case went cold.

Diane Maxwell's younger brother, David Maxwell, was only 20 years old when she was murdered. The unexpected and horrific death that took his sister and left his 4-year-old nephew motherless was utterly devastating. He took in his nephew, as he promised his sister he would if anything were to happen to her and made it his mission to help find her killer.

To that end, David Maxwell pursued a career in law enforcement, rising through the ranks over the coming years. At age 37, he was accepted into the oldest law enforcement group in the nation — the Texas Rangers — an elite group with only 134 members at the time. By this time, Houston had implemented one of the first automated fingerprint identification systems. He submitted a search on the latent prints lifted from his sister’s car 17 years earlier, but there was still no match.

Another 17 years passed without any progress. Diane and David’s father was almost 90 years old and he begged David to track down Diane’s killer before he died. David enlisted the help of his friend Jim Ramsey, a homicide detective with the Houston Police. When they went to the evidence room to get the clothing that had been recovered from the crime scene, they learned it had been thrown away, as had the photos and other evidence collected at the time. Then they discovered that the fingerprint evidence was missing from the case file, presumably having been misfiled.

After months of physically searching through cold case files, they finally found the missing prints. By this time, it was 2003 and the technology for matching prints was much more advanced. The FBI’s Integrated Automated Fingerprint Identification System (IAFIS) had been online for four years. Detective Ramsey first ran the prints through the Texas AFIS, but there were no hits. He then ran the prints through the FBI's IAFIS, and 20 potential hits were returned.

All 20 hits were then adjudicated, meaning examined visually by fingerprint experts. One stood out and it matched a 58-year-old man named James Davis, a career criminal. There were four matches, right index, right middle, right ring, and then right palm from when Davis had closed the door to the Mustang.

While Davis had spent most of his life in prison for other crimes, he was currently living in a project near the border of Texas and Arkansas. Detective Ramsey knocked on his door and interviewed him. Davis initially denied any involvement, but when he learned about the fingerprint evidence, he confessed.

On January 15, 2004, James Davis plead guilty to murder with malice and was sentenced to life in prison.  David Maxwell was finally able to make good on his promise to solve the murder of Diane, and their father was able to rest easier.

Maxwell said this: “This database has been such a boost to law enforcement — to be able to help solve these crimes that otherwise would go unsolved. The expansion that includes the DNA database, allows us to accomplish even more.”

Read more true crime stories and learn more about the advancements of biometric identification in other blogs on biometric technology.