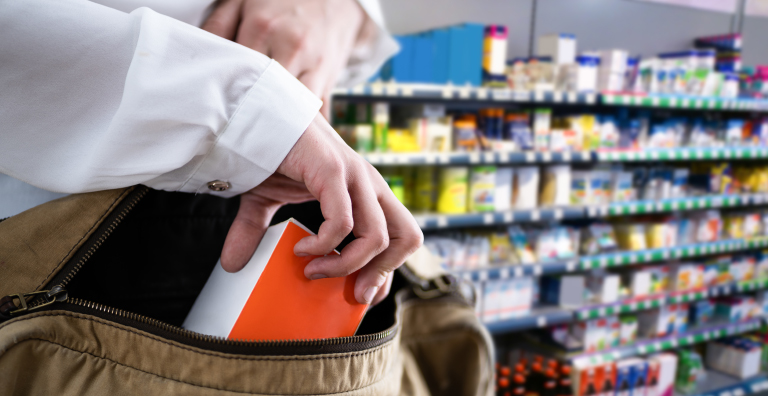 Stop Store Theft By Locking Everything Up...Or Read This.

When it comes to stealing from a store, I am going to make an extreme assumption: that customers are split 10%, 10% and 80%. First, there’s the 10% that would never consider taking anything, no matter how small or insignificant. We’ll call them the “honest bunch,” and retailers don’t need to do anything to protect themselves against these people. Then there’s the 10% that will always steal, they’re habitual thieves, or even part of organized crime. We’ll call them “criminals.” Then there are the 80% who will steal if they know there’s no risk that they will be caught. We’ll call them “opportunists.”

Many retailers spend a lot of time and money trying to stop the criminal group. It’s an expensive endeavor that needs to deploy significant resources, technological and physical, to deter the criminal.

However, by definition, the opportunist thief (the biggest percentage of customers) is the most critical to stop. They are also often the easiest to stop as it doesn’t take much in terms of investment to do so.

Let’s take an example of this. Scan, pay and go technology is a common tool for retailers looking to digitize their retail operations. This technology speeds the customers through the store and is essentially labor free. There’s a lot to like about this technology from a service and cost perspective. However, in studies completed by Efficient Consumer Response (ECR) in Europe, it’s been calculated that on average, retailers are losing five percent of their sales due to customers not scanning products. Not only do the retailers have significant losses to contend with, but it also has a major impact on their stock file accuracy, which affects customers and operations.

Billions of dollars are spent every year on trying to curb losses from store thefts; from security guards and product protection to inventory management, tools and surveillance equipment and so on. Naturally, most of these techniques work, but sometimes they are short lived. By way of an example, one retailer many years ago, spent two years and millions of dollars developing and producing an ink tag that would explode ink everywhere if removed using non-approved tools. It took only two weeks for the criminals to realize that if you put the product you’ve stolen with the ink tag on it in a freezer and hit it off with a hammer then the ink is solid and no damage is done to the product.

At the end of the day, there is always a dichotomy between frictionless shopping and locking the store down. After all, a retailer leaves their doors open often for 24 hours a day and allows anyone to enter (within reason), so shoplifting is inevitable.

So, the question then becomes, what tools could be used to minimize store theft loss if you’re prepared to accept that you will never eliminate it entirely? 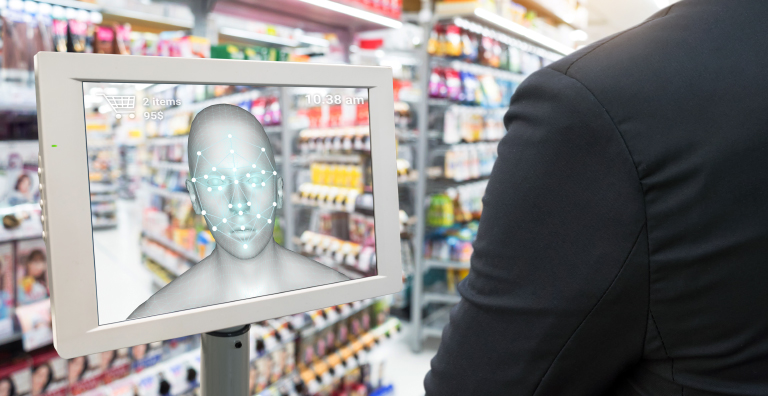 Using biometric technology in this space is an obvious solution. Customers are unable to change their fingerprint or their face, and for the opportunist, this will be a step too far in terms of identification. The honest bunch will see this as a more convenient process, and the criminals may even think twice.

Retailers can then build a picture of that person in their random audit checks, confident that if they find errors in a scanned shop, then the customers' likelihood of being stopped next time have exponentially increased. This process will repeat until the opportunistic customers stop mis-scanning, or “shop” elsewhere. These customers are unprofitable customers anyway with grocery margins running so lean, they only need to mis-scan that percentage of their shopping to make them a loss maker.

From the retailer’s point of view, they continue to receive the benefits of having self-scan pay-and-go, in terms of labor saving and frictionless shopping, without the risk. The result is even more frictionless than the current process. Think about having to put your security number into your phone every time you want to open it; now we have face and fingerprint recognition for a frictionless and more secure shopping experience. The world is about speed, but that should never come at the cost of losing billions of dollars.

The customer journey is hugely important to retailers and is arguably the number one priority. Biometrics dramatically improves throughput of customers and gives them a convenient and seamless way of digitally interacting with the store. The financial benefit is ultimately felt in prices, as lower losses will inevitably be passed on as savings to the customer. Biometrics is the enabler for improved customer service and greater protection for stores.

So, taking you back to the title of this article, as a retailer, would you rather lock everything up and sell less, or enhance your customer service while maintaining security and mitigating loss? I know what I would prefer.

Want to know more? Read our previous blog on Compliance and Customer Experience for Age Verification.

Learn about how forward-thinking retailers are using biometrics to solve their biggest problems. Download the report now >>

Steve Hewitt is the founder of Profitunity, which exists to drive the profitability of retailers through partnership with solution providers.  Previously he worked as Consultant Head of Loss Prevention for Waitrose, Head of Loss Prevention at Morrisons and Head of Loss Prevention at Marks and Spencer.  He is a member of the ECR Europe Shrink and On Shelf Availability team.  Steve applies insights gained from 26-years in retailing as he consults with organizations to usher them into a complete mindset change, resulting in significant growth in profit. He has also delivered business cases around industry leading RFID initiatives and new ways of engaging people in the ‘art of the possible’ on total loss. Steve's experience in the wider retail arena enables him to have a holistic view on loss and the levers to pull to drive profit in retailers.